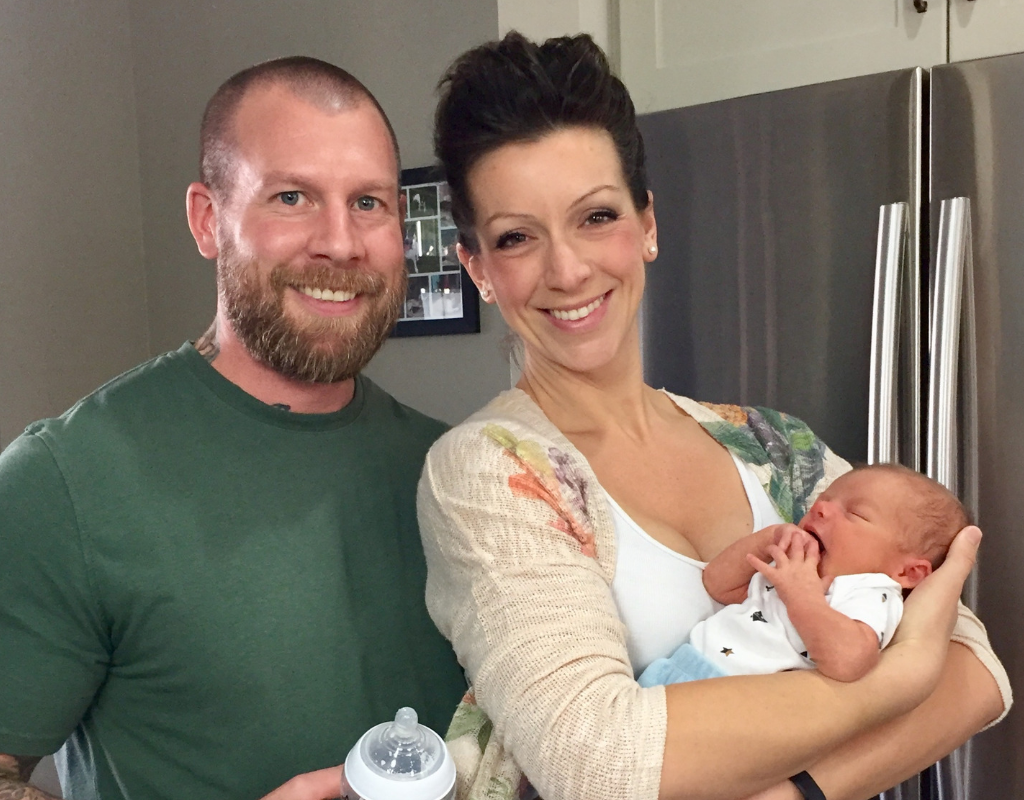 Our experience with Genesis Fertility actually began many years ago in 2010, prior to treatment for testicular cancer and long before the thought of starting a family. The recommendation was made to freeze a sperm sample for possible future use prior to cancer surgery.

In the Summer of 2017, we began chatting about our hope of having a child, not knowing if the outcome would be successful with the frozen sperm. We were referred back to Genesis, by our GP to begin exploring our options.

We met with Dr. Kashyap, who reviewed the stored sample and explained the process of IVF. While we were excited at the possibilities, we were also realistic; the sperm sample was provided while having testicular cancer. Dr. Kashyap reassured us that she felt it was a viable sample for us to work with. She recommended harvesting the eggs and doing a frozen embryo transfer.

Our timing was such that we were able to start the following month and we underwent step one: the egg retrieval and fertilization. We were successful in having four successfully fertilized embryos after the one egg retrieval. Again, we were excited but also nervous, as we had heard of so many people spending years trying to have a successful pregnancy. We had our first frozen embryo implantation in the Fall of 2017, which had an unsuccessful outcome. We were disappointed, but knew that we still had three embryos to work with going forward.

The second implantation was in January of 2018 and, having gone through the process once, we could tell very quickly that it was successful. We were elated with the news of our positive pregnancy shortly thereafter! Our dating ultrasound provided a due date of October 10, 2018.  Low and behold, on October 10th, we welcomed our son Arthur into the world.

While the process of IVF had some emotional elements, we were so very impressed with our experience with Genesis. Dr. Kashyap and the nursing team were so thorough in explaining the process. They were always available to answer any questions that we had. Not only did we feel that we were well informed and in good hands, we also felt the genuine kindness and excitement that the staff shared with us about our positive pregnancy. We now have two frozen embryos stored at Genesis. With our son now six months old, we’re looking forward to meeting with Dr. Kashyap and the team again to chat about our future implantations.