At Genesis Fertility we believe love is love.

Our Vancouver fertility clinic has helped numerous LGBTQ individuals and couples to realize their dreams of starting and expanding their family. Gay, lesbian, transgender and single patients are most welcome at Genesis.

Whether a child is conceived naturally, through IVF, or via an egg or sperm donor and a surrogate, the creation of family is a beautiful thing and should be celebrated.

Genesis has the first pregnancy from donor egg in BC.

A donor egg refers to using the eggs of another woman to become pregnant.

Egg donors must meet certain medical and ovarian criteria, be screened for medical, infectious, and psychological disorders, and should be under age 35. To retrieve an egg, donors go through the same in vitro fertilization process up to the egg retrieval part. 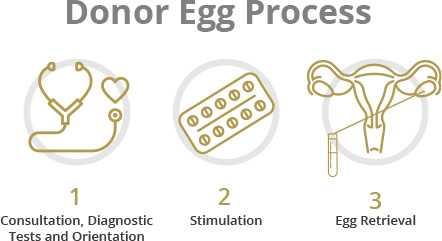 Sources for egg donors include:

Donor egg success rates are generally high but depend upon many factors including: the age and history of the egg donor, success rates of the Egg Bank, and receiving clinic if applicable.

Genesis Fertility staff are extremely careful with the safe handling and storage of donor eggs. If you have any questions about the egg donation process or costs involved, book an appointment with our fertility doctors.

You may find the following articles helpful:

IVF success rates from egg donors can typically range from 60-80%
Speak to a fertility doctor to learn more.

Donor sperm is sperm from a male who is not an intended father. The sperm is used through Intrauterine Insemination (IUI) or IVF for the purpose of pregnancy. The donor may be known or anonymous and must undergo rigorous screening in accordance with Health Canada guidelines.

Genesis Fertility Centre can receive your donor sperm once a consultation, investigation and mandatory counseling appointment have been completed. The sperm must be shipped in accordance with the below policy:

This allows one partner to undergo the IVF process for the purpose of egg retrieval, but the fertilized embryos are transferred into the other partner. In this way, both parents are able to participate biologically in the pregnancy. The process is identical to IVF with additional technologies as required.

Planning your family? We have a range of fertility options for LGBTQ families.
Schedule a visit today 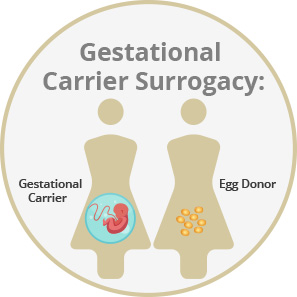 Once the medical, psychological and legal components are in place, the intended parents undergo ‘in-vitro fertilization’ and the resulting embryo(s) are transferred into the carrier’s uterus. After birth, the surrogate then gives the child to the intended parents.

At Genesis, we pride ourselves in providing a thorough screening process, and full disclosure of the risks and successes of surrogacy. Intended parents require a legal contract between themselves and the potential surrogate. This legal contract is arranged privately. A counselling session is also required for the intended parents and the surrogate prior to starting treatment. Once these medical, legal and counselling components are complete we can start the process.

In what cases would a gestational carrier be needed?

A woman who has healthy ovaries but cannot carry a pregnancy for one of the following reasons would require a gestational carrier:

Surrogacy may also be a viable option for gay men and couples.

What to know about finding a gestational carrier surrogate:

Under the Assisted Human Reproduction Technology Act passed in 2004, a surrogate mother may be reimbursed for expenses such as prenatal vitamins, costs of traveling to the doctor, and loss of income. However, she cannot receive any sort of wage for carrying the child.

Commercial surrogacy is a form of surrogacy in which a surrogate or gestational carrier is paid. This procedure is legal in several countries, but not in Canada. Consequently there is no list of surrogates available at Genesis. By law we cannot put couples needing surrogacy in contact with potential surrogates; rather, the couple must find a surrogate themselves.

Why choose Genesis Fertility Centre?
Let our patients tell you.

The whole process start to finish was intense and emotional but the best decision I ever made. Dr. Kashyap and her staff made the process so much easier. They were always available to answer questions, if I left a message or sent an email, that same day I heard back. Not once did they seem rushed, they always took the time for me.